How can we help you today?

How to detect & capture probing bots

Bots are those small chunks of software designed to perform simple, the repetitive automated tasks quickly.

Many bot attacks are simply probing for vulnerabilities that the attacker can exploit later. It's very important to detect and capture these probing bots.

Shield Security is focused on helping you detect and block bad bots, whatever they're up to. To achieve this, we use bot detection rules, or "bot signals".

Signals are just behaviours that bots have which indicate that they could be a bot. With enough of these behaviours, we can get more confident that a particular visitor is a bad bot.

How to detect & capture probing bots

Shield provides 3 effective ways ("bot signals") for detecting & capturing probing bots. It achieves this through its Detect Probing Bots feature. You can use this feature to:

To learn more about XML-RPC attacks and how to block them, read the blog article here.

Please note that Detect Probing Bots settings will not apply to the whitelisted IPs. 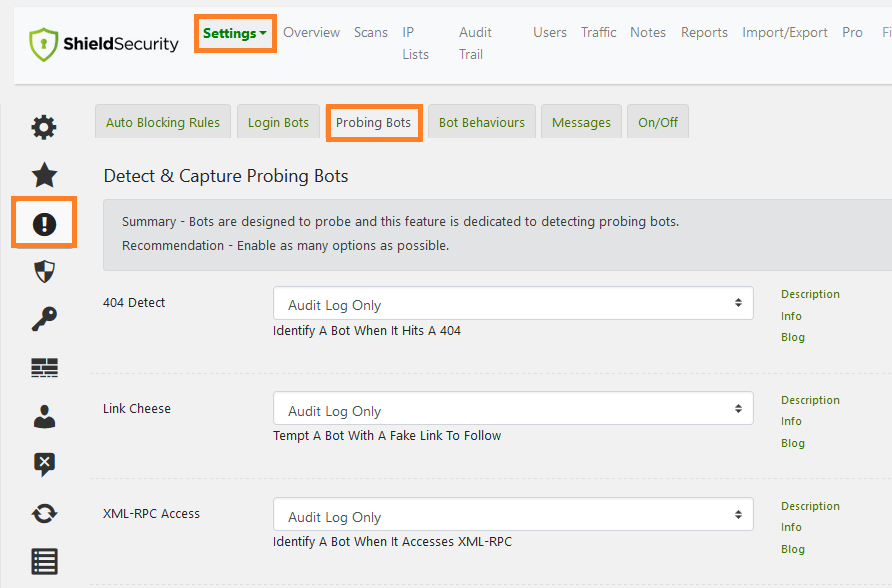 Here you'll be able to configure each of bot signals independently from each other and you’ll also be able to decide how you want Shield to respond. You’ll have 4 options to choose from: 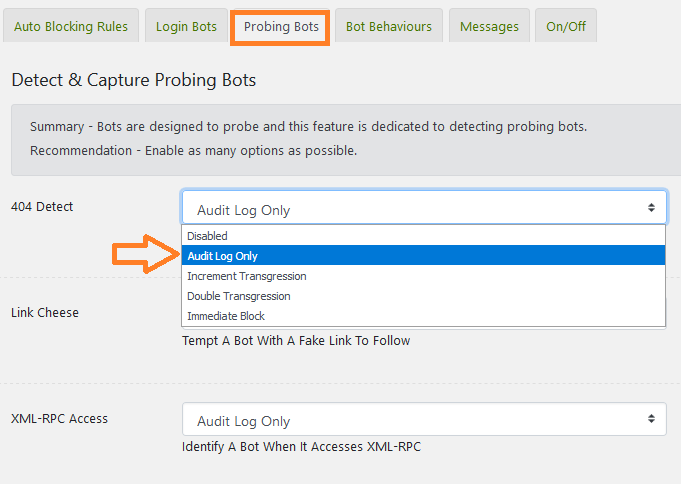 For example, if you configured Audit Trail Only for 404 Detect option, and a visitor is trying to load a non-existent page (404), they'll not get blocked / blacklisted. Each 404 page load attempt will be recorded with the Audit Trail only: 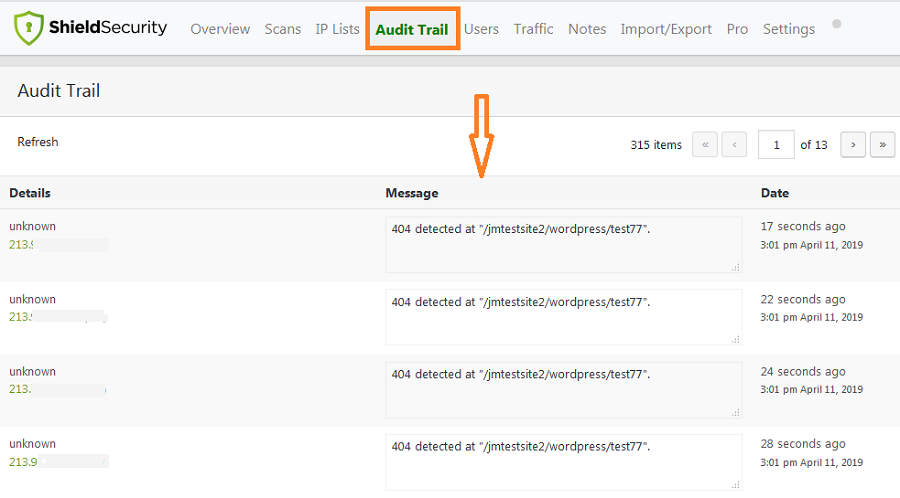 Or, let's say you configured Double Transgression for 404 Detect option, and you have transgression limit set to 6. Each time a visitor tries to load a non-existent page (404), instead of incrementing the transgression count by 1, it increments by 2. The visitor's IP will reach the limit (6) more quickly, and be blocked sooner. You can see these activities in your Audit Trail: 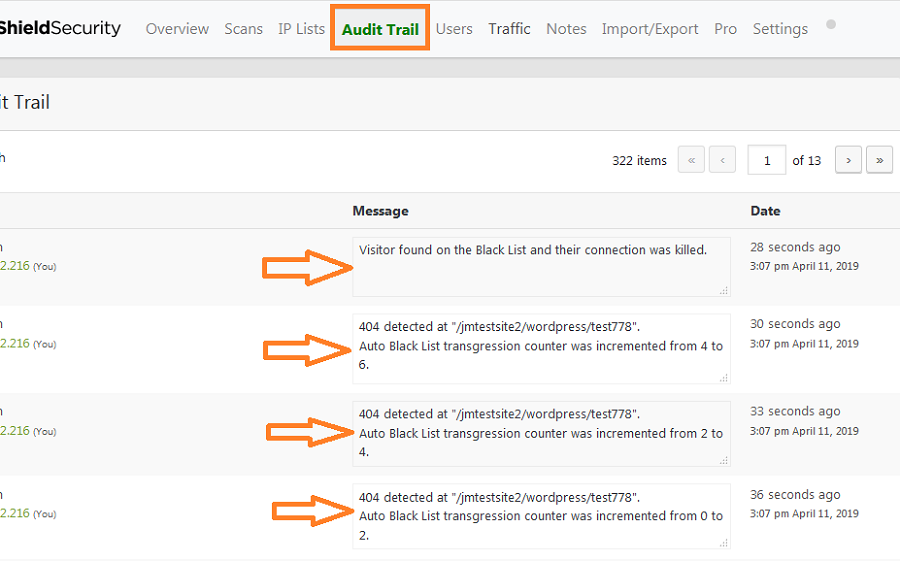 Important: If permalinks are set to "plain", 404 tracking may not be possible. The Audit Trail will show something like this:

Or, if you configured Immediate block for 404 Detect option, and you have transgression limit set to i.e. 6, a visitor will be blocked / blacklisted immediately. You can see these activities in your Audit Trail:

Note: You can review the blacklisted IP under the IP Lists section of the Shield Security Dashboard: 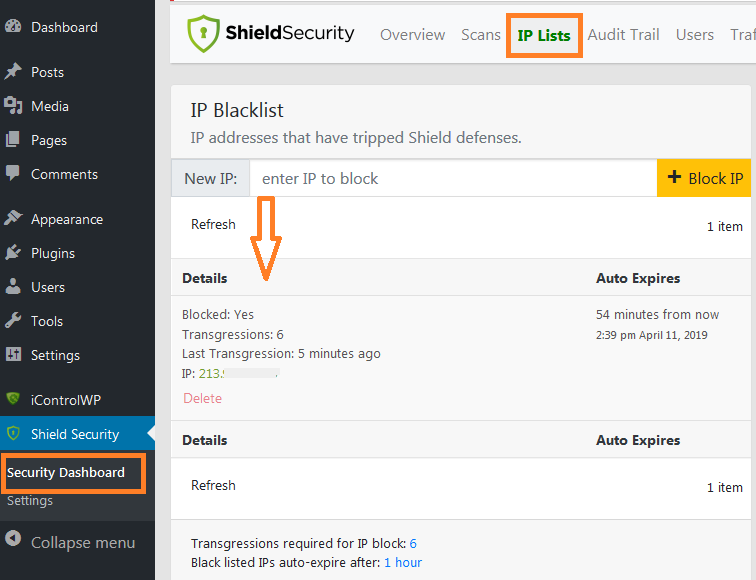 Hint: You may also want to use Traffic Watch Viewer to review all logs of HTTP requests made to your WordPress site.

We also recommend you to read:

Note: The Detect Probing Bots feature is available with the Shield Pro only. To find out what the extra features for Shield Pro are, read the article here.

Did you find it helpful? Yes No

Send feedback
Sorry we couldn't be helpful. Help us improve this article with your feedback.